This afternoon was a rainy one.  When Brother Ameth picked me up it from the hotel it was rainy hard.  Bro. Ameth told me that it was harder for the students to get to the church when it rains.  He said many of them walk from work and the bus system takes longer. He was right because when we started we didnt have many students but a little later we had a full house.
After our break we gave out certificates to the students for the class they took in April.   This was a fun time for all.
These students will be graduating in November.   They have two more classes to take.  Please continue to pray for them. 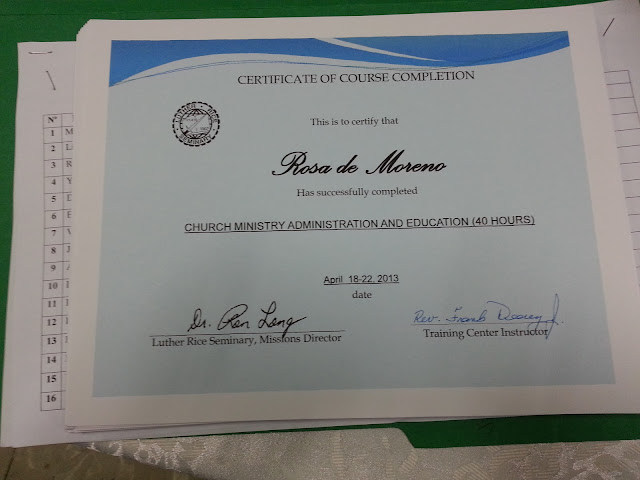 Posted by Pastor Frank at 6:24 AM No comments:

Each evening we take a break from our class and a snack is provided since many of them are coming straight from work.

Last night we covered several periods in history.  We spent some of our time talking about the reformation period.  Our attendamce was down some because it was Wednesday night - church night and some had responsibities.

The spirit in class has been very good.  For the majority of the class most of this material they have never heard of.  When I mention John Wycliffe they never heard of him.  Please continue to pray for us. Thanks! 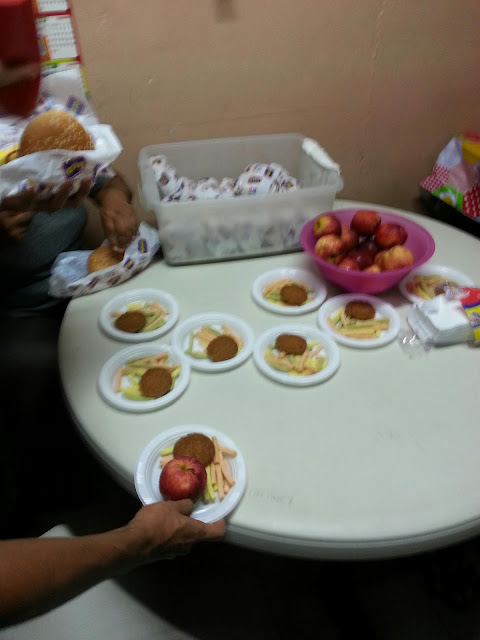 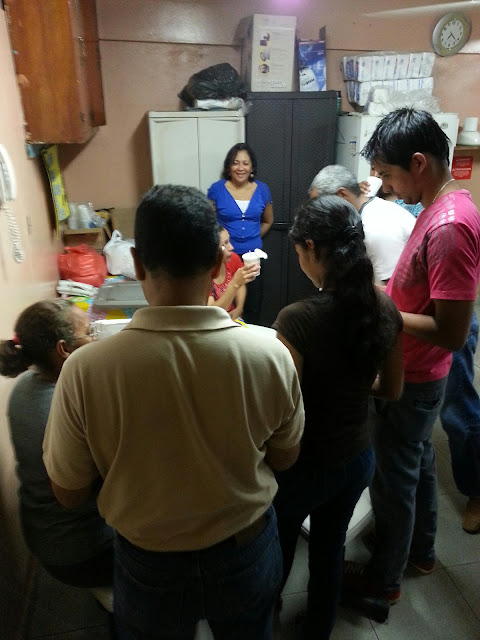 Posted by Pastor Frank at 6:13 PM No comments:

It had rain more on Tuesday so it was cooler that evening for class.  We had several more students tonight.  In our study of Church History we studied about the Universal "Catholic" Church through Medieval times. During this time Councils were formred to settle doctrinal issues and as a results Creeds were issue.  The Apostle Creed and the Nicena Creed were two.
Classes are going well.  Please continue to pray for the classes in Panama.
. 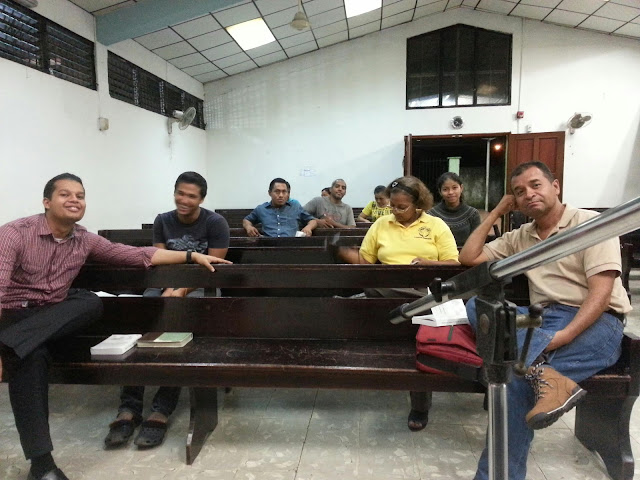 Posted by Pastor Frank at 10:32 AM No comments:

I was picked up from the hotel at 5:30pm and we traveled to the church.  School was letting out which is located next to the church.  Students in Panama get there big break in January and February.  We had to wait for the Pastor to get there to open up the church.

It was a very warm night so every body was tired.  The sanctuary has no a/c so you open doors and windows and hear the sounds of Panama and some time the smells.  We had 15 students tonight.  We began our study on Church History.  We studied the Book Acts which starts the history of the church.  We covered the New testament period, looking into John, Peter and Paul.

After the first night many of the students expressed how interesting this course is and looking forward in learning more.  The majority of the class said that they had never study church history.

Please continue to pray for these classes in Panama. 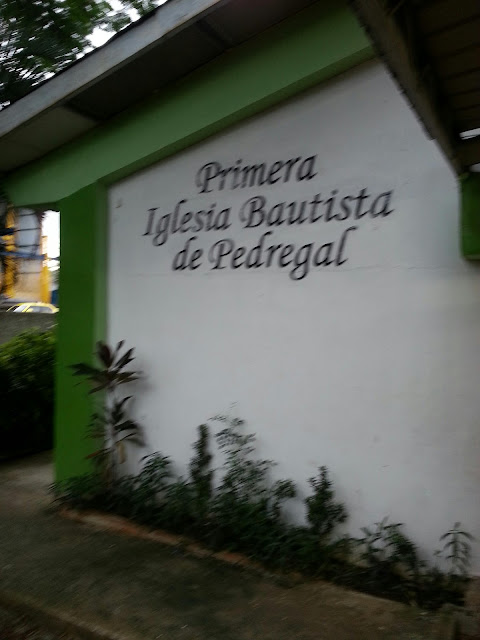 Posted by Pastor Frank at 10:49 AM No comments:

My clock went off at 4:35am this morning and if you know me that is early. Cathy was still sick so she wasnt able to go with me this morning. Please pray for her and she is planning to go to the Doctor today.  Hopefully she will be able to join me later in the week because we are schedule to go on vacation starting Saturday.

Please pray for these local pastors who are studying in the Bible Training Center for Pastor. We will be studying Church History from AD 30 to 1917.  This a lot of material to cover but important to study so we can understand our past and learn from it.

Continue to pray for the churches in Panama.

Posted by Pastor Frank at 10:14 AM No comments:

For the last several years, I have had the privilege to teach the lay Pastors in Panama. This year, I'm going to teach Church History Survey.

The 12 periods of Church History

Each era of Church History has made its own positive and negative contributions in the areas of doctrine and practice.  Only by seeing the "big picture" of Church History can we have a proper perspective on why the Church is where it is today and what the Church should be doing.

Cathy and I will be flying out Monday, July 15th to Panama City, Panama.  I will be teaching each evening from 6 to 9pm.  Please keep us in your prayers.  Thanks

Posted by Pastor Frank at 6:00 AM No comments: